Copy provided by the publisher via NetGalley in exchange for an honest review.
Today is my stop of the blog tour of The Madam by Jaime Raven and must say it is my pleasure to review this book. It is the first book that comes from the writing pen of this author, and I hope it won’t be the last. He has created a real female vigilante, a character that had to grow up and fight for herself too early in life.
Lizzie has spent last four years in prison for a murder she claims she never committed. She used to work as an escort and her customer has been murdered. His blood has been splattered all over her body and that was enough for the police to make her guilty. To make things worse, her little son dies of meningitis while she is serving her time in prison. But her time behind the bars is over. She comes out as a free woman and she doesn’t wanna just settle down and enjoy the freedom. She wants justice! She wants the people responsible for her stitch-up! But can she prove her innocence?
Lizzie is a great character. A real rebel, fighter till the last breath. Life has been hard for her, so looking for the way out in escort services is not an unexpected option. But she is not a murderer. Even when life has bent her down on her knees or when she is the angriest woman on Earth, she is not a murderer. All she wants is justice. Justice for her and her family. Justice for her son who died because she wasn’t there when he got sick. Justice for her rights to be a woman and a mother. She isn’t the bravest person in the world and often does things before she thinks well, but her heart is pure. She loves her family, her mother, her brother, she loves her little boy who died, she loves her partner, Scar. And she would do anything for them, anything! She knows one thing, justice is on her side, and the real culprits have to pay for the crime she didn’t commit.
Starting the journey with The Madam is a real roller coaster. From the bloody sheets in the hotel room, through the bars of the prison cells, to the boat of the local mob, the author takes you side by side with the woman who has nothing to loose. Jaime Raven has written a story full of tension, adrenalin, and emotions.
So if you are a fan of Hugh Fraser’s „Harm“, this is the perfect read for you.
My opinion: 4 / 5.

EXTRACT – The Madam
This shows Lizzie coming to terms with freedom after leaving jail.

Time was something I’d become far more conscious of. In prison it passed slowly. I counted the hours and days and often my head was filled with nothing but the loud ticking of an invisible clock.
Now time was going to burn like a fuse. I was sure of it. There were things to do, people to see. The monotony of prison routine was behind me. The pace of my new life was set to blast me into orbit.
For the first time in years I felt glad to be alive. But my newfound freedom was already filling me with trepidation. A lot had changed since I’d been banged up and I was fearful of not being able to cope. I realised suddenly that I hadn’t really prepared myself mentally for the chaos of life on the outside. I’d been too wrapped up in what I planned to do.
Scar turned into Parkhurst Road. It was heavy with traffic and noisy as hell. The wail of a police siren made me jump and set my teeth on edge. We stopped at some lights. A party of primary school children in bright red uniforms started crossing the road. Their animated chatter made me smile. We then continued along Parkhurst Road and swung left into the much busier Holloway Road. Here the pavements were lined with shops and packed with pedestrians.
As we drove on I took it all in. Cars crawling by in a welter of exhaust fumes. A young mum pushing a pram. A couple of teenagers holding hands and laughing. An elderly woman struggling with two heavy Tesco bags.
Normality. The everyday things that you take for granted until they’re taken away from you. I’d missed so much of everything, and I felt bitter about that.
‘There’s a pub on the corner,’ Scar said. ‘The champagne is on me.’
I reached out and touched her knee.
‘Thanks for being so thoughtful,’ I said.
‘It’s no more than you deserve, babe. Life’s been a bitch to you, and it makes me want to cry just to think about it.’

You can buy the book HERE 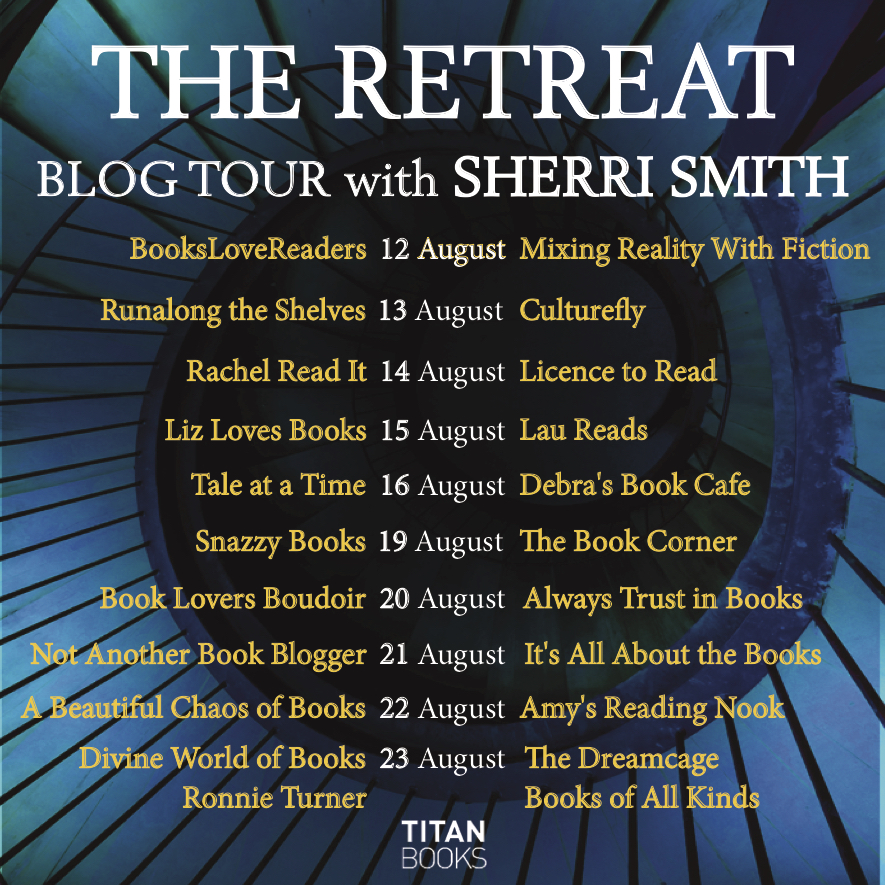