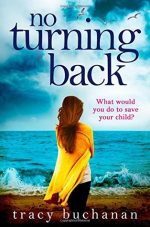 I have to say it! This is one of the best psychological thrillers I’ve read lately!It literally left me with my mouth open. I started reading with no big expectations, but the story grabbed my attention and I finished it within one day.
What would you do to save your child? Are you capable of killing someone to protect your child? Many people think that you have to have something dark inside of you in order to kill someone. But what if they are wrong?
Anna is a mother of a baby daughter. She works as a radio presenter and still recovers from the recent divorce. One day she takes her daughter for a walk and a schoolboy attacks her. At least she thinks so. When the boy approaches her very violently, the mother’s instinct rises in her and she tries to defend her baby. The only thing she has is a comb in her hand. And when the boy suddenly falls on her, she slices his artery with the sharp edge of the comb and literary kills him.
Does that act make her a killer?
The very next day it’s all over the news. Some people think of her as a protective mother who tried to protect her child, some people think of her as a ruthless killer. The boy has no history of violence and it is hard to believe her story that she and her baby have been attacked.
The most strange thing that happens is an email she receives from the so-called Ophelia Killer. It brings her back in her childhood when her father has been working on a case. Anna’s father was a journalist who investigated a case of several murders of young boys. All of them had dark hair and blue eyes (just like the boy who attacked Anna) and were found in ponds covered with flowers. Because of the similarities with the antique legend for Ophelia, the killer of the boys was named The Ophelia Killer. The case was too disturbing for Anna’s father and he killed himself. The murders stopped.
Why now? And how is this boy connected with the Ophelia murders?
Who sends the emails?
Autopsy shows digoxin in boy’s blood, just like twenty years ago. What did Anna stumble upon? Does she really have a dark side?
Just like I mentioned at the beginning, this is one of the best thrillers I’ve read lately. Don’t worry, I didn’t reveal too much. It was just the beginning. The story is a real rollercoaster that will take you on the most gripping journey ever! Once you start reading, there is no turning back!
My opinion: 5 / 5.
0 shares