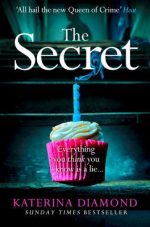 Copy provided by the publisher in exchange for an honest review.
A triple murder in a brothel. Two female prostitutes and one male client. The bodies look horrible. One of the women has been tortured. Someone needed an information. But one of the women is not there. The third prostitute somehow has managed to escape. She is an undercover police officer. Her name is DS Bridget Reid.
Back in the police station, DS Imogen Grey is working on the case. A police officer with a lousy personal life and skeletons in the closet. Imogen has grown up with a single mother and no knowledge of her father. Her mother has a psychological disorder and never allows anyone to help her. Also never talks about her past.
But what happens when the buried past comes after you in the present?
Imogen’s investigation takes her on a journey in the world of prostitution and human trafficking. Looking for the missing undercover police officer, she will stumble upon the secrets that were never meant for her to discover. She’ll go deep down in the world of mafia and human trafficking, just to dig out some secrets that were never supposed to be dug out. Secrets of her own existence. In the world of the mafia, there are certain rules that have to be followed, but there are also no rules for some people. And some people can never escape, no matter what they do.
Should some secrets stay in the past?
I haven’t read the previous book from this author, The Teacher, but that didn’t stop me from enjoying this book. I know that the two books are connected, but The Secret can perfectly stand alone. I loved every page of it and I hope you will love it too. It is a fast-pacing psychological thriller that won’t let you leave it until you finish it. It is my first book from Mrs. Diamond, but definitely won’t be the last. I liked the writing style and the characters with all their ups and downs. Totally recommended!
My opinion: 4,5 / 5.
0 shares