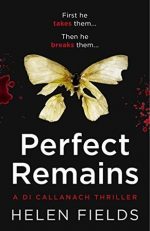 Today I am taking part in Helen Fields’ blog tour for PERFECT REMAINS! And I am very excited for that!  And let me tell you something (in confidence 🙂 ), SHE NAILED IT!  I’ll leave the blurb as well as buying links bellow.  Also, I’ll be sharing my review very soon, but for now, I’m leaving you with an extract from the book. Don’t forget to visit the other blog tour hosts for more extraordinary stuff from this amazing book! 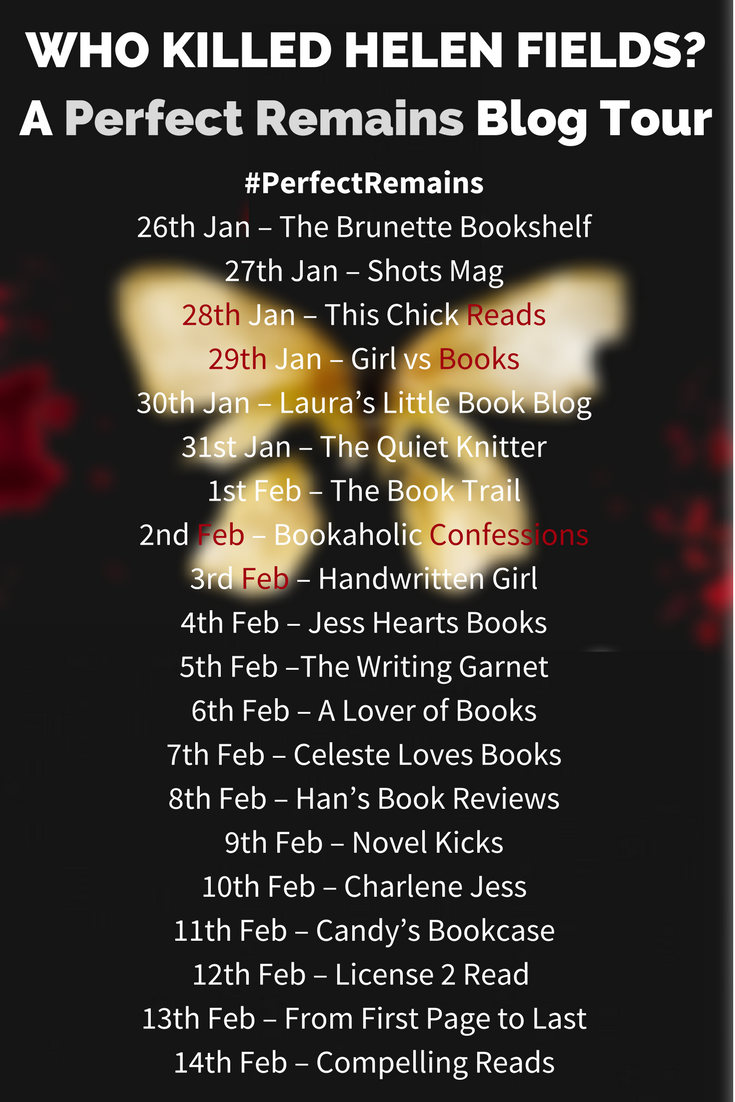 The next day began too early. It was the first night he’d slept properly in weeks and the awakening beep of his phone was unwelcome. It was Tripp.

‘Not sure if it’s relevant, but I’ve been going through Jayne Magee’s neighbours’ statements. One of them saw a man at about the time we think she was taken, going round the corner at the end of the street pulling a large wheelie suitcase. I know it’s unlikely but . . .’

‘I’ll be half an hour,’ Callanach said.

He was there in twenty minutes, uncharacteristically dishev­elled, shirt unironed, socks not even distantly related. Tripp stared as Callanach walked in clutching a steaming cup of coffee without noticing that a substantial amount of it was dripping down his jacket.

‘Morning, sir. Everything all right?’

‘Show me the statement and cross-reference it with a map.’

Tripp rummaged through a box of files then laid out docu­ments on Callanach’s desk. ‘Jayne Magee’s house is here.’ He pointed at a red mark on a large scale map of the street. ‘And here,’ he pointed again, ‘about two hundred yards away, is where the neighbour saw the male. Mrs Yale who saw him was walking her dog, coming back into Ravelston Park as the male was exiting onto Ravelston Dykes. She didn’t see where he went after that. You think it’s our man?’

Callanach was silent. He started scrabbling through desk drawers.

‘No, I have it.’ Callanach held up a tape measure. ‘Lie down on the floor, on your side, tuck your legs and head in as tightly as you can.’

Tripp looked towards the doorway, mouth open, jiggling from one foot to the other.

‘Pour l’amour de Dieu, Tripp, I’m going to measure you, not kill you. Lie down.’

Tripp assumed the position and held still while Callanach stuck tape to the floor in a rough rectangle.

‘Move your feet in a bit,’ Callanach said. ‘And your elbows. Surely you can make yourself more compact than that!’

‘I can’t, if I move one limb another sticks out.’ 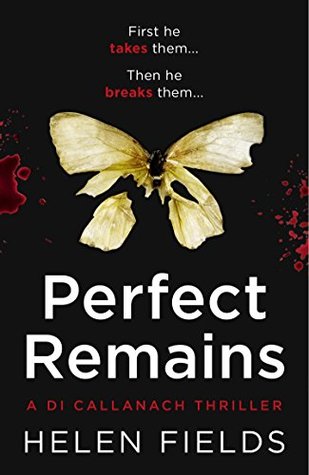 Detective Inspector Luc Callanach has barely set foot in his new office when Elaine’s missing person case is escalated to a murder investigation. Having left behind a promising career at Interpol, he’s eager to prove himself to his new team. But Edinburgh, he discovers, is a long way from Lyon, and Elaine’s killer has covered his tracks with meticulous care.

Buy on Amazon.com and Amazon.co.uk