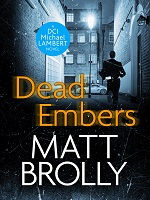 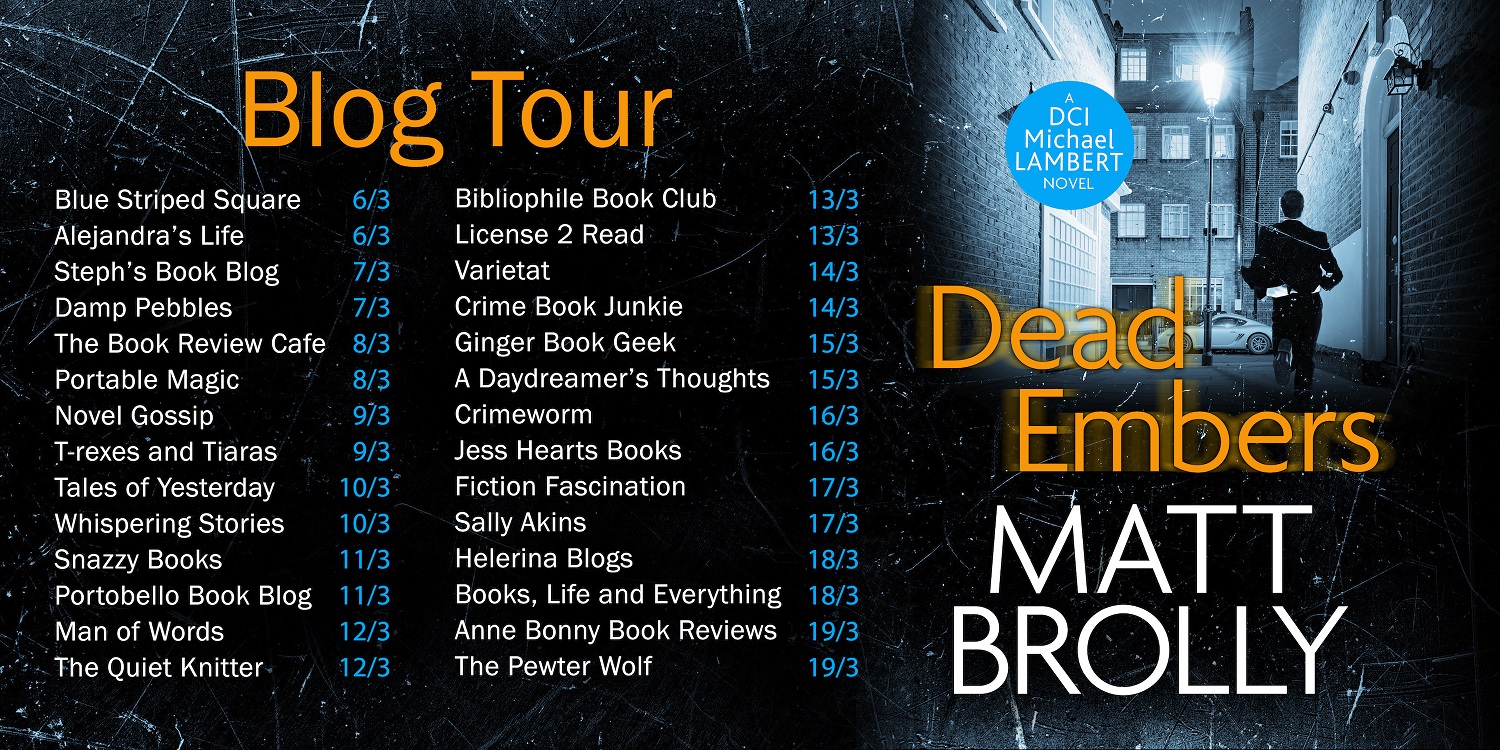 Hi, guys. Today I am having the pleasure to take part in the Dead Embers blog tour, the very new thriller written by Matt Brolly. Do you remember DCI Michael Lambert? Well, he is back!  A big THANK YOU to Faye Rogers for the chance to be part of this blog tour. And don’t forget to visit all the blog tour stops mentioned above. Enjoy! 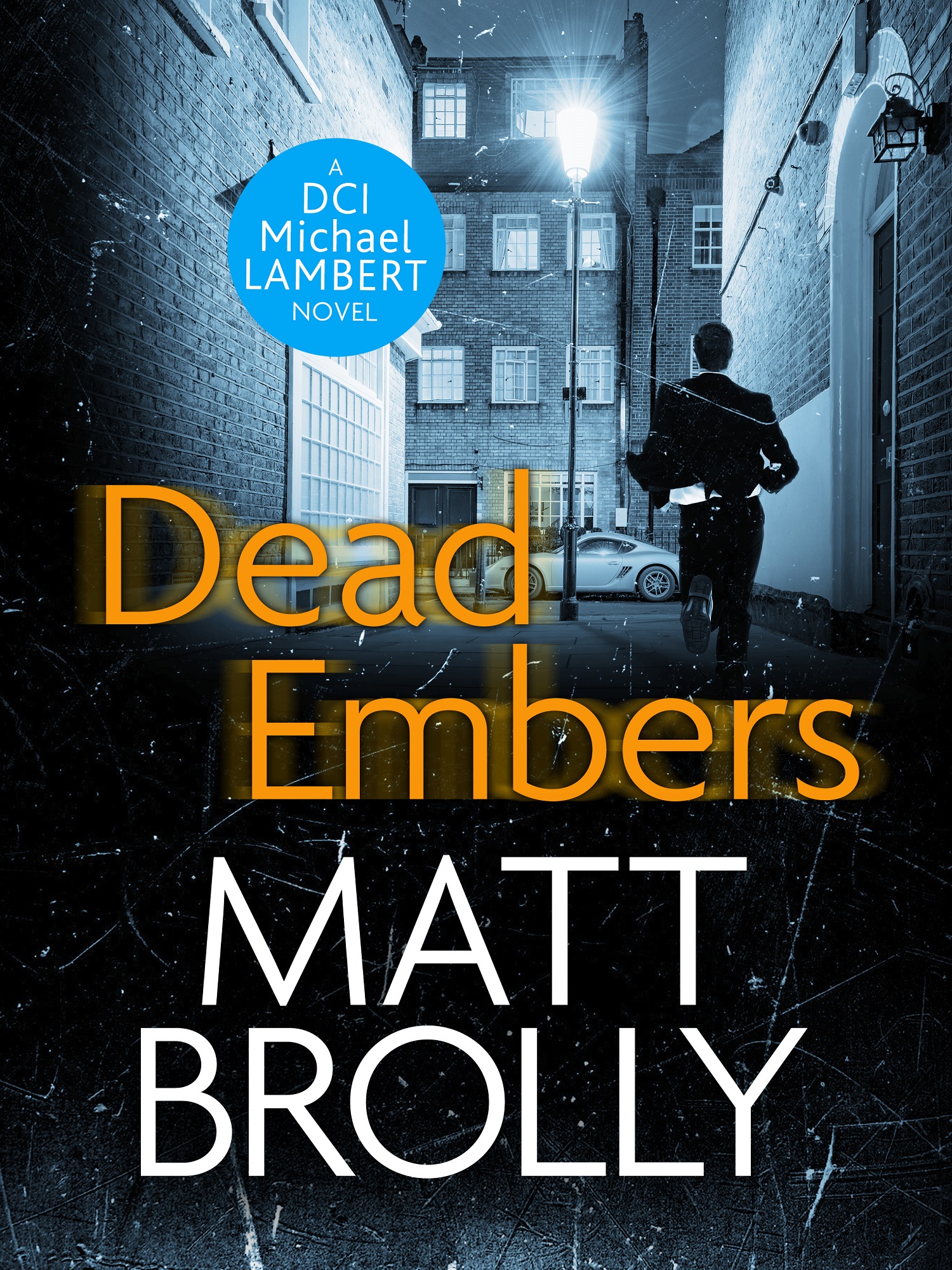 An explosive fire. A double murder. And that’s just the start…

When DCI Michael Lambert is called out to an apparent house fire, he knows it can’t be routine. Instead he finds the remains of a burnt house, a traumatised child and two corpses – one of whom is a senior police officer.

Lambert’s got other problems. Anti-corruption are onto his boss. His relationships is on the rocks. He can’t get over his ex-wife and he keeps blacking out.

But when a detective has been murdered the stakes are too high to get distracted. All is not as it seems. As the investigation continues Lambert realises he is getting drawn into something altogether bigger and more terrifying than he could ever have imagined…

Gripping, chilling to its core and full of twists, the powerful new DCI Michael Lambert from Matt Brolly is perfect for fans of Angela Marsons, Helen H. Durrant and Michael Hambling. 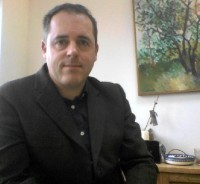 Following his law degree where he developed an interest in criminal law, Matt completed his Masters in Creative Writing at Glasgow University. He reads widely across all genres and is currently working on the third in his Michael Lambert thriller series. Matt lives in London with his wife and their two young children.

The girl pulled the duvet over her head and tried to return to sleep.

Her skin bristled with heat beneath the cover and she stuck her head back out. ‘Mummy?’ she whispered, her words lost in the darkness.

Her toys acted as if nothing was happening. She grabbed Laney and studied her face, the glass eyes and stitched smile revealing no sense of fear. A crashing noise came from downstairs and she retreated back further beneath the covers with her doll.

It was hot, and not just because she was wrapped in the duvet. She wanted to leave the room, to make the small journey to Mummy and Daddy’s room, but they didn’t like her leaving her bed in the middle of the night and she wanted to be a good girl. Mummy would come to her if anything was wrong, she was sure. She listened, but all she could hear was the rapid thumping of her heart.

‘What do you think?’ she asked Laney, as more noises rose from the depths of the house. The sounds were familiar but she couldn’t recall from where. She closed her eyes and pictured the dragon from the book Mummy read to her at bedtime.

She poked Laney’s head out of the duvet and turned the doll’s face in a circle so she could check nothing was in the room with them. Laney didn’t say anything so she stuck her head back out.

The room had changed. She rubbed her eyes. She must be tired. Mummy and Daddy always said she was tired when things were going wrong. Her eyes watered, and the room faded. She glanced down at the nightlight, peering closer at the air which danced around the orange glow, when the door blew open.

She grabbed Janey closer and started to cough. A strange figure stood in her doorway. He wore a helmet and a funny mask. Behind him, something glowed like her nightlight but much brighter. It had changed the house. The man mumbled something and she struggled to keep her eyes open as he grabbed her from her bed and placed something over her mouth.