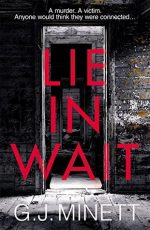 today is my stop on G.J.Minett’s blog tour for his latest novel, ‘Lie in Wait’ which was published on March 9-th and which I absolutely recommend. I’d like to thank lovely Emily from Bonnier Zaffre for the opportunity to take part on this amazing blog tour, and special massive THANK YOU to Mr. Graham Minett for the fabulous interview which I hope you’ll all enjoy. Make sure you visit the other tour hosts for more awesome stuff. 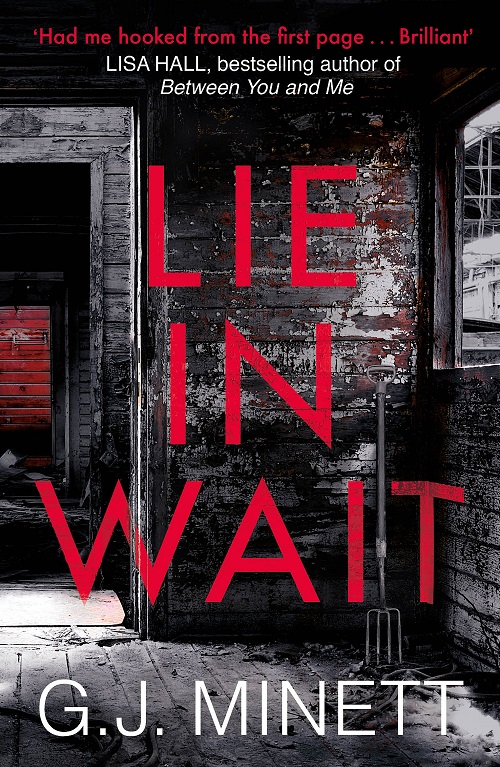 Vividly imagined and ingeniously plotted, LIE IN WAIT is G J Minett’s stunning follow-up to the bestselling and acclaimed  THE HIDDEN LEGACY

Owen Hall has always been different. A big man with an unusual fixation, one who prefers to put his trust in number patterns rather than in people, it’s unsurprising that he’d draw the attention of a bully.

Or a murder investigation.

And, in the storm of emotions and accusations that erupts when a violent killing affects a small community, it soon becomes clear that a particularly clever murderer might just get away with it. 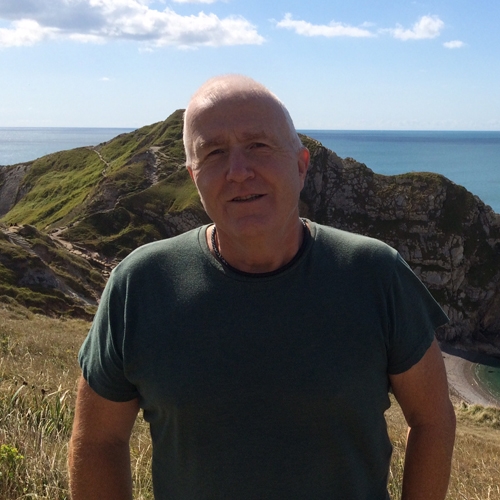 How did you find out that you want to be an author?

When I was at primary school we had a class homework which involved writing a short story. I wrote more than anyone else and was singled out for praise from the teacher. When writers talk about what makes them write, I never forget that. And thank you Miss Yabsley!

Where do you find an inspiration, how do you create a story in your mind and then on paper?

The inspiration usually comes from a character who has popped into my head and refused to go away. Once I know her or him well enough and understand what the Achille’s heel might be, I then go looking for a way of putting it under pressure. It’s worked well so far and hopefully, it will with book 3 which I’m in the process of finishing.

Who are your favourite authors and how they inspire you?

Living? Maggie O’Farrell and Kate Atkinson. Deceased? William Faulkner and F Scott Fitzgerald. They don’t inspire me to imitate them because I know a futile exercise when I see one. They just reach in and grab me every time I read them. It’s amazing to think someone can write as beautifully as that.

At the moment, frantic. That’s largely because I’m combining a demanding job with promoting The Hidden Legacy and Lie In Wait and also writing book 3 which has to be completed by April 12th. Things will hopefully be a lot easier when I go full-time as an author at Easter.

I have my laptop and notes set up on the table in the dining room. We only use it when we have people round for a meal and it’s somewhere I can shut myself away and concentrate. I have a very understanding family!

Beside writing, do you have a daily job?

I’ve been in education since 1327 and have taught in 3 different schools. I started out in Cheltenham as a languages teacher (French and German), then moved to the south coast to become Head of Languages and moved to my current school as Head of 6th Form which later evolved into the role of Assistant Head. For the past 10 years, I’ve been on the admin staff, doing the whole school timetable and advising on the curriculum. It’s too much though to combine with a writing career so I’m leaving at Easter.

What do you do when not writing? Tell us something about Graham himself.

I exercise every day for an hour or so around Pagham Harbour and also in the gym we have at home. I watch far too much sport – absolute addict when it comes to cricket, boxing, football and rugby – and am adjusting gradually to the fact that my services as a taxi driver are no longer in quite such demand now that our three children are older. I still seem to be doing a fair impression of an ATM though.

Tell us something about your new book.

Lie In Wait came out in paperback earlier this month and its central character is Owen Hall who is ‘different’. He’s been bullied throughout his childhood and still has the same social and emotional difficulties as an adult. Now, however, he is a very big man and not such an obvious victim. He bumps into the one girl who showed some sort of sympathy and support at school and discovers she’s married to his chief tormentor. It’s a psychological mystery with a murder at the heart of it.

What can we expect from you next?

The third book is set in Rye, Winchelsea and Camber Sands and also a place called Peaks Island off the coast of Portland, Maine. A woman’s clothing has been found on the beach and the initial assumption is that she’s either drowned or committed suicide but there are those who have reason to believe it’s a set-up. It has a similar structure to the first two in that it is a mystery where the reader will need to keep peeling away layers to get at what’s happening underneath. The working title is What She Does but that may well not survive the editing process.

Is there anything else that you would like to mention?

Two things, if I may.

One is my family, a group of amazing people who make this all possible and don’t get mentioned in dispatches as often as they should.

The other is the blogging and reviewing community who do so much to help authors ‘get the book out there’. Two years ago I didn’t even know they existed and the final stop on my blog tour seems like an appropriate place to thank you and your colleagues for your amazing support. I can’t often claim to speak for all authors but I’m fairly confident on this one.