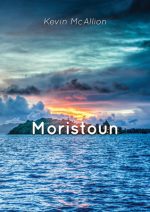 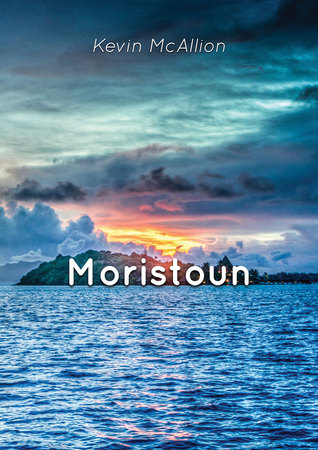 McSorely has had enough. His life has spiralled out of control and nothing has gone his way. There seems to be only one option open to him, one last thing he can do to take control of his fate. All hope is lost.
But far away on the mysterious island of Moristoun, Buchan is charged with the task of dissuading McSorely from this drastic course of action. Moristoun is where people like McSorely might end up, having exchanged one kind of hopelessness for another.
A glimpse of the ‘life' he might be heading for might change McSorely's opinion of his own existence, but a glimpse of the entrancing Gail behind the bar in the pub and a hint about Moristoun's true nature could render all of Buchan's efforts to rehabilitate the despairing McSorely equally hopeless.

Do you think that there is life after death?

What if there is an island where all the people who live there live their second life? Imagine visiting an island, starting a new job there and then figure out that no one is getting old, no one dies. Because they are all dead! They all have committed a suicide!

Do you think that they deserve a second chance?

I think they do. Whatever the reason for the suicide is, everyone deserves a second chance. Far away from everything else, start a new life with new people same as you. Well, not exactly same, but you know what I mean.

Moristoun is a fictive island where the people who have committed suicide go. Not all of them, just some. There is a court that decides who deserves a second chance, and does everything by “the Book”. McSorely, a mortal human like you and I, finds himself in a new place with a new job to do. Most of the story follows him and his journey on the island. It takes a time to figure out what is really going on here. In Moristoun, McSorely meets different people with different stories and different destinies. Everyone has his/hers own reasons for committing a suicide and everyone copes in a different way with the consequences of his/hers own decisions.

At first, it was hard for me to get into the story. There were moments when I had no idea what was going on. But page after page, the author took me into the lives of these characters and I’ve found myself walking into McSorely’s shoes. Some of the characters were really one of a kind. Some would make you laugh, some would make you cry. They all had different reasons to come on the island, but they all had one thing in common, hope and second chance. Not everyone gets that these days.

Overall, Moristoun is a good utopian read with lots of symbolic elements. And plus there is a mystery all over it. I had no idea what to expect when I started reading, but it didn’t disappoint me at all. Not my cup of tea, but I can recognise a good story when I see it. That’s why I’m rating it with four stars.