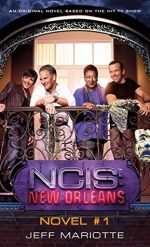 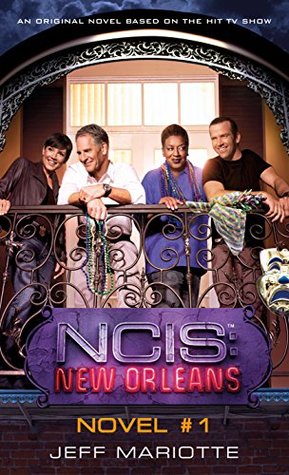 NCIS is charged with apprehending dangerous and elusive criminals that pose a threat to the nation’s security. In a city that keeps surviving disaster, one elite team is dedicated to making its shores a little safer.


During the famous Mardi Gras parade, a young Naval oceanographer plunges to his death from a hotel balcony. It’s up to Pride and his crew to investigate. But this is a case that goes from grisly to utterly strange. A gris-gris bag found in the victim’s belongings, a trail of mystical clues, and the haunting figure of a voodoo loa on CCTV at the crime scene all suggest that dark powers are at work in The Big Easy.

NCIS along with CSI are my favourite tv shows. So, when I got the chance to read and review this book, I  simply couldn’t say NO. NCIS set up in New Orleans is one of a kind because it doesn’t involve military cases and murders only, but also the culture and uniqueness of New Orleans itself.

Imagine spending your vacation in New Orleans at the time of Mardi Gras. Everyone is looking at the parade. Costumes everywhere. Suddenly there is a body in the crowd. A body that falls from a terrace, from a hotel balcony. A body of a young Naval oceanographer.

Agent Pride and his team work on the case.  It seems that it isn’t an accident, but a planned murder. The officer couldn’t just fall off the terrace. The angle is very wrong. And the strength needed for throwing a soldier across the fence has to be enormous. But who would like to kill a Naval officer?

New Orleans is famous for its magic. The people brought in the past as slaves brought with themselves part of their original culture. Voodoo is everywhere. The investigation shows trails of voodoo on the body, in victim’s previous life and his family. It seems that the educated Naval oceanographer left his home and stayed in the hotel because he was afraid of the curse. And the curse got him!

But in the twenty-first century, do people believe in curses? Or can the magic be explained logically, with evidence? Agent Pride and his team have a lot job to do to find the real culprit. What hides behind the officer’s fear? Who wins with his death? And why voodoo?

Reading this book was like watching an episode of NCIS. I loved reading it, it kept me puzzled till the last page. Liked the surrounding that made me feel a little bit like Orleanian. Liked the involvement of magic and chemistry and science. Solving a murder has never been easy, especially in New Orleans.

A perfect read for NCIS fans!