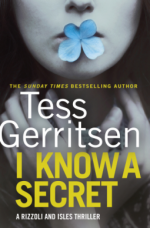 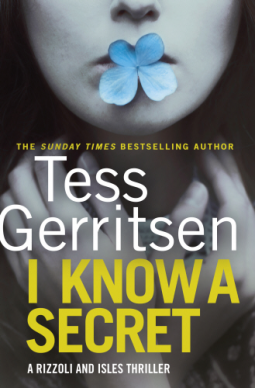 In the twelfth gripping novel featuring Jane Rizzoli and Maura Isles, the crime-solving duo—featured in the smash-hit TNT series Rizzoli & Isles—are faced with the gruesomely staged murder of a horror film producer.

The crime scene is unlike any that Detective Rizzoli and medical examiner Maura Isles have ever before encountered. The woman lies in apparently peaceful repose on her bed, and Maura finds no apparent cause of death, but there is no doubt the woman is indeed dead. The victim’s eyes have been removed and placed in the palm of her hand, a gesture that echoes the terrifying films she produces. Is a crazed movie fan reenacting scenes from those disturbing films?

When another victim is found, again with no apparent cause of death, again with a grotesquely staged crime scene, Jane and Maura realize the killer has widened his circle of targets. He’s chosen one particular woman for his next victim, and she knows he’s coming for her next. She’s the only one who can help Jane and Maura catch the killer.

But she knows a secret. And it’s a secret she’ll never tell.

Hello, my fellow crime fiction fans. Today is the Publication Day of the newest book of one of my favourite crime writers, Tess Gerritsen! The twelveth baby in the Rizzoli & Isles series is finally here!!! I read it, loved it and was totally blown away by the thrilling story in the book!

I am pretty sure that you already know the dynamic duo Rizzoli & Isles. And this time they face a murder like nothing they’ve seen before. A young woman is found dead in her bedroom. No signs of breaking in the house, no visible violence on the body.  Her body lays normally on the bed like she is sleeping. Except that her eyes are removed from their sockets and placed into her hands. Who can be that cruel !?!

A couple of days later, another dead body appears. This time, a man is found dead with arrows in his chest. The two cases have nothing in common. Different genre, different age, different position of the body. But there is one thing in common, the actual cause of death that can not be found.

But the photos of the two victims placed one to another, remind Dr Isles of something familiar. Is she right? Is there another link that connects the victims?

In order to solve the case, Dr Maura Isles has to go back and confront her past. Visiting her dying mother who is a serial killer is hard enough. Reuniting with the man she still loves the most doesn’t ease the pain. But Maura has to set her own problems aside and stop the killer. Because if she is right, there will be other victims.

OMG! OMG! I was totally blown away by the book. Correction, I am always blown away by Tess Gerritsen’s books. That’s why she is one of my favourite writers! And I love both Jane Rizzoli and Maura Isles. I Know A Secret is a grippy story full of blood, different clues on every corner, adrenaline level up to the rooftop. Nail-biting and totally unpredictable, I never expected that kind of outcome. If someone asks me for a recommendation, I will definitely recommend this book!