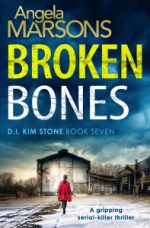 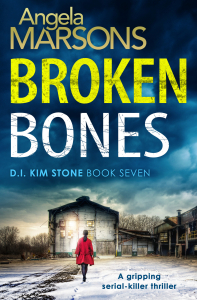 They thought they were safe. They were wrong.
The murder of a young prostitute and a baby found abandoned on the same winter night signals the start of a disturbing investigation for Detective Kim Stone – one which brings her face to face with someone from her own horrific childhood.

As three more sex workers are murdered in quick succession, each death more violent than the last, Kim and her team realise that the initial killing was no one-off frenzied attack, but a twisted serial killer preying on the vulnerable.

At the same time, the search begins for the desperate woman who left her newborn baby at the station – but what looks like a tragic abandonment turns even more sinister when a case of modern slavery is uncovered.

The two investigations bring the team into a terrifying world of human exploitation and cruelty – and a showdown that puts Kim’s life at risk as shocking secrets from her own past come to light.

There is a reason why I absolutely love Angela Marsons’ books. With every book next in the row, she is getting better and better! And every time she leaves me with my jaw dropped to the floor! I love her main character, I love her team, I even love the bad guys in her stories. But mostly, I love the most trilling plots she creates that make me turn the pages faster and faster! So, here are my thoughts for D.I.Kim Stone #7 in the series. Enjoy!

The story starts with a murder of a young prostitute. At the same time, a baby is abandoned. But the investigation shows that the woman whose body has been found is not the mother of the abandoned child. The police is in a desperate search for the mother of the baby that according to the blanket has Eastern-European origin.

One prostitute is found dead. Then another one, then the third one. Each one dies with more violent death than the previous one. But, there is a pattern in the killings! Kim Stone and her team are on the track of something bigger. A serial killer!

It is not just a search for a serial killer. The author dives deep into the world of human trafficking and modern slavery. She vividly describes the lives of the immigrants from Eastern Europe who come to UK for better life, but they end up into the hands of mafia. Broken dreams, physical tortures, never-ending debts and suffering. People who don’t exist. No one to complain to, no one to ask help from. And if you don’t exist, no one will ask for you, no one will looking for you, no one will be there to bury your body. Slavery is not dead.

What a story! Mrs. Marsons is an excellent storyteller and plot twister! She combined two stories to create an amazing and page-turning thriller that I wasn’t able to put down till the last page! There were moments when the hair on my neck literally stood up. I absolutely love Kim Stone Series and can’t wait for the next one! Totally recommended!