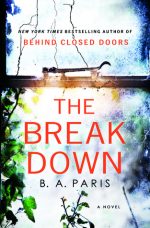 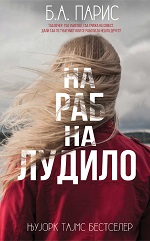 Cass is having a hard time since the night she saw the car in the woods, on the winding rural road, in the middle of a downpour, with the woman sitting inside—the woman who was killed. She’s been trying to put the crime out of her mind; what could she have done, really? It’s a dangerous road to be on in the middle of a storm. Her husband would be furious if he knew she’d broken her promise not to take that shortcut home. And she probably would only have been hurt herself if she’d stopped.

But since then, she’s been forgetting every little thing: where she left the car, if she took her pills, the alarm code, why she ordered a pram when she doesn’t have a baby.

The only thing she can’t forget is that woman, the woman she might have saved, and the terrible nagging guilt.

Or the silent calls she’s receiving, or the feeling that someone’s watching her…

I hope you had a great three-day-weekend. The summer is slowly coming and the time is perfect for chilling in the garden with a good book. Today I have another review for you, a book from one of the best writers of psychological thrillers, B.A.Paris. The Breakdown is her second novel.

How is your memory? How often do you forget things? Small things like “Did I turn off the lights?” or “Did I lock the door?” can happen to anyone. But when you stare at your old dish-washing machine and don’t know how to use it, then you are in trouble.

Cassie did something she wasn’t suppose to. She took the shortcut through the wood to come home. There, on an empty road in the middle of the storm, she saw a car and a woman inside. She tried to help her, assuming that the car was broken, but the woman seemed like she didn’t need any help, like she was waiting for someone to pick her up. The very next day, the woman is found dead, murdered.

Since then, strange things start to happen to Cassie. There are mysterious phone calls that only she can hear, things that start to disappear and appear again, signed documents that she has never seen before. Her mother died not so long time ago and was diagnosed with dementia, and Cassie is worrying that the evil disease is coming after her. Her husband is there to help, also her best friend, but even the tablets she is taking are not doing the job. Nothing can help her!

And those mysterious phone calls! The murderer of that woman is after her!

From the very beginning, the story is creepy and paranoid . It starts with a murder in a dark and stormy night and then it follows Cassie during her fight with dementia. She trusts herself, her own judgments, but then, something happens and everything falls into the water. She builds her trust again, and something bad happens again. The plot is fulfilled with Cassie’s fear. Fear of the killer she has never seen, fear of the disease, fear not being able to trust her own judgments. One very vividly portrayed paranoid character that is everything but predictable. I liked her as a character. I liked the plot, I liked the way the story developed. It didn’t make my jaw drop, maybe because I was having higher expectations after reading Behind Closed Doors. But overall it is a good psychological thriller, and I enjoyed reading it.