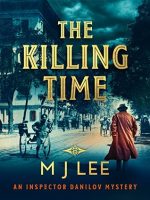 Shanghai 1932: Inspector Danilov hasn't recovered from the death of his child... but across a Shanghai riven with communal tensions, children are going missing.

Missing, and then murdered. Who is responsible? Why have the children's bodies been exhibited for all to see?

Just as Danilov thinks the stakes couldn't be higher there is a new dimension, Japan, a rising power flexing its muscles. In fractious Shanghai, an explosion is long overdue. With the clock ticking can Danilov and his assistant Strachan solve the case? The fate of Shanghai may be at stake. So is Danilov’s job... And his sanity.

The latest instalment of the Inspector Danilov mysteries will leave you breathless. Perfect for fans of Philip Kerr or Rory Clements.

Hello, friends, fellow bloggers, and avid readers! Today is my stop of the blog tour of the book The Killing Time by M.J.Lee. It is the fourth book in the series and I am sure you’ll enjoy it.

This is fourth book in the series and this time Inspector Danilov has even more weight on his shoulders. The children of wealthy Shanghai families are disappearing. They are being kidnapped by three Chinese men. But what is the strangest thing, no one is looking for them. No parent is going to police to report the missing child. What are they afraid of? Who they are afraid of?

But when the bodies of the missing children start to appear one by one, it is the most devastating  case for the team of Inspector Danilov and his assistant Strachan. The death of a child is devastating itself, but a torched child, that is horrible.

In the very same time, Inspector Danilov has to mourn the death of his own son. If in the previous books he was looking for his long lost family from Russia, this time they are there with him, except the little boy. His son has died as a revenge for Danilov himself. And he can’t forgive himself.

It’s Shanghai 1932. Political tensions are raising. The city is mix of many cultures, the best and the worst of them. The author captured the image of the city in the most vivid way. It’s like living in Shanghai in that time. Inspector Danilov is getting more and more emotional this time, considering the loss of his son. We can see this great detective suffering in the most stoic way he can. Like a soldier, like a man.

I enjoyed reading this historical mystery. For me, it was the most emotional of all previous books in the series. I noticed that the Russian last names were right this time. It is good to know when the authors listen their reviewer’s critics. So, if you are in the search of good historical novel, if you love to solve crimes in the old fashioned way, if you want to see Shanghai in the previous century, this is a book for you. I had a great time reading it, I hope you will, too. 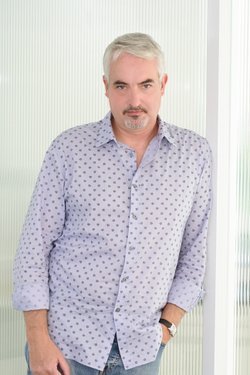 Author Bio: M J Lee has spent most of his adult life writing in one form or another. As a university researcher in history, he wrote pages of notes on reams of obscure topics. As a social worker with Vietnamese refugees, he wrote memoranda. And, as the creative director of an advertising agency, he has written print and press ads, TV commercials, short films and innumerable backs of cornflake packets and hotel websites.

He has spent 25 years of his life working outside the north of England, in London, Hong Kong, Taipei, Singapore, Bangkok and Shanghai, winning advertising awards from Cannes, One Show, D&AD, New York and the United Nations.

While working in Shanghai, he loved walking through the old quarters of that amazing city, developing the idea behind a series of crime novels featuring Inspector Pyotr Danilov, set in the 1920s.

When he’s not writing, he splits his time between the UK and Asia, taking pleasure in playing with his daughter, practising downhill ironing, single-handedly solving the problem of the French wine lake, and wishing he were George Clooney.