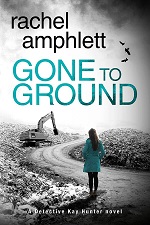 it’s SundayFunday and what is the best way to spend your day if not with a good book! Today I have the pleasure to take part in the cover reveal for Rachel Amphlett’s new book ‘Gone to Ground’, which is the sixth book in the Detective Kay Hunter British detective series and will be out on 8th of July. Rachel is not only an amazing author of serial killer thrillers, but also a fantastic person and it’s a real joy having her on the blog this Sunday. I will leave you now to admire the new gorgeous cover.  And now, without further ado, here’s the cover for GONE TO GROUND and the blurb: 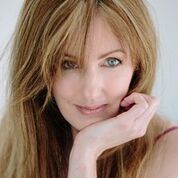 Before turning to writing, Rachel Amphlett played guitar in bands, worked as a TV and film extra, dabbled in radio as a presenter and freelance producer for the BBC, and worked in publishing as a sub-editor and editorial assistant.

She now wields a pen instead of a plectrum and writes crime fiction and spy novels, including the Dan Taylor espionage novels and the Detective Kay Hunter series.

Originally from the UK and currently based in Brisbane, Australia, Rachel cites her writing influences as Michael Connelly, Lee Child, and Robert Ludlum. She’s also a huge fan of Peter James, Val McDermid, Robert Crais, Stuart MacBride, and many more.

She’s a member of International Thriller Writers, Mystery Writers of America, and the Crime Writers Association, with the Italian foreign rights for her debut novel, White Gold sold to Fanucci Editore’s TIMECrime imprint, and the first four books in the Dan Taylor espionage series contracted to Germany’s Luzifer Verlag.

“Thrilling start to a new series. Scared to Death is a stylish, smart and gripping crime thriller” ~ Robert Bryndza, USA Today bestselling author of The Girl in the Ice