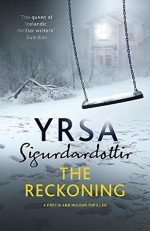 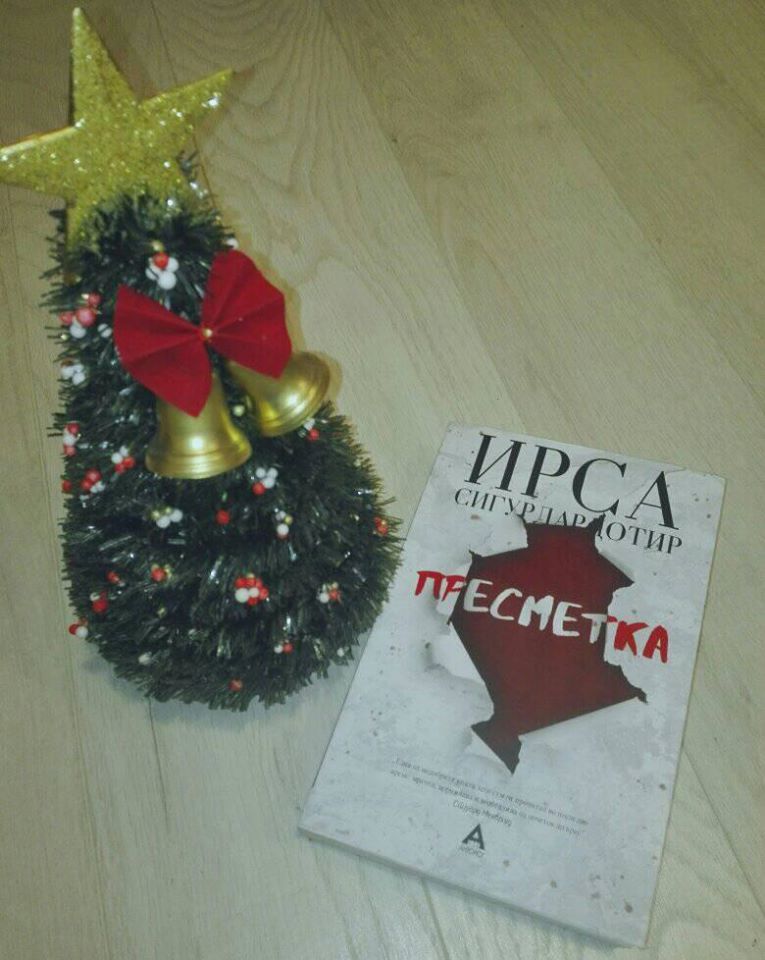 The Reckoning is the stunning follow-up to The Legacy, which was the start of a thrilling new series that Booklist (starred) recommends for fans of Tana French.

Vaka sits, regretting her choice of coat, on the cold steps of her new school. Her father appears to have forgotten to pick her up, her mother has forgotten to give her this week’s pocket money, and the school is already locked for the day. Grownups, she decides, are useless.

With no way to call home, she resigns herself to waiting on the steps until her father remembers her. When a girl approaches, Vaka recognizes her immediately from class, and from her unusual appearance: two of her fingers are missing. The girl lives at the back of the school, on the other side of a high fence, and Vaka asks to call her father from the girl's house. That afternoon is the last time anyone sees Vaka.

Detective Huldar and child psychologist Freyja are called in. Soon, they find themselves at the heart of another shocking case.

From the international number one-bestselling author of The Silence of the Sea, winner of the 2015 Petrona Award for Best Scandinavian Crime Novel Yrsa Sigurdardottir returns with the follow-up to The Legacy.

Happy New Year, my friends! I wish you all the best in the new 2020! All your wishes to come true! And more books, of course.

And here’s my first review in the New 2020. And who, if not the Icelandic crime author with a complex surname, Yrsa Sigurdardottir. On the back cover it says that it is the second book in the series, but I had no trouble reading it like a standalone.

The story begins in September 2004, when the little girl Vaka disappears. The girl has just started in new school and still has no friends. After hours of waiting for her parents to pick her up after school, another girl from the same class proposes to go to her home to call. Vaka goes with her.

Vaka’s dead body has been found. Before she was brutally murdered, she was sexually abused. The alchoholic father of the girl who invited her to her home has been accussed and sent to prison.

Twelve years later, at the same school, a time capsule with students’ messages was dug up. One is particularly disturbing. Written ten years ago, the message contains the initials of people who will die in 2016. And everything acts as a revenge written in a children’s letter, until people with those initials start dying, brutally killed. And they all have something to do with the case of the little Vaka.

Detective Huldar and child psychologist Freya work together to solve the killings. But how do they find out who are the people on the children’s list? What have they done to be so cruelly killed? Huldar and Freya are racing against time to save the remaining names from the list. But are they worth saving? Who reckoning with them?

This is my second book by Yrsa and I have to say, far better than the first one I read, though it wasn’t bad at all. She left me with my mouth open. Despite the unusual Icelandic names for me, the story kept me reading until the very last page. I just couldn’t stop reading. Pretty tense story, creepy and at moments difficult and dark. But a perfect crime thriller as I haven’t read in a long time. And soon I’m catching with the first book of the series!