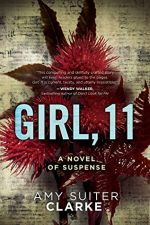 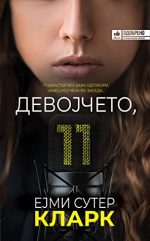 Once a social worker specializing in kids who were the victims of violent crime, Elle Castillo is now the host of a popular true crime podcast that tackles cold cases of missing children in her hometown of the Twin Cities. After two seasons of successfully solving cases, Elle decides to tackle her white whale—The Countdown Killer. Twenty years ago, TCK abruptly stopped after establishing a pattern of taking and ritualistically murdering three girls over seven days, each a year younger than the last. No one’s ever known why—why he stopped with his eleventh victim, a girl of eleven years old, or why he followed the ritual at all.

When a listener phones in with a tip, Elle sets out to interview him, only to discover his dead body. And within days, a child is abducted following the original TCK MO. Unlike the experts in the media and law enforcement who have always spun theories of a guilty suicide, Elle never believed TCK had died, and her investigation was meant to lay that suspicion to rest. But instead, her podcast seems to be kicking up new victims.

Twenty years ago, a serial killer murdered three girls in just seven days. Each one was a year younger than the last. He got the name The Countdown Killer. He continued killing and after the eleventh girl, the killings stopped. Just like that. No one knew why.

Nowadays, a former social worker, Elle Castillo hosts a true crime podcast. She opens cold cases of missing children. She tries to find any possible clue for every missing child in that area. She knows what it’s like. She was a missing child once. She escaped. She survived a serial killer.

One of her listeners offers a tip. Elle goes for an interview, but she finds his dead body. And a couple of days later, a child is missing. Same modus operandi like the one of The Countdown Killer, years ago. But everyone thinks that the original killer is dead and this is a copycat. Only Elle is the one who believes that The Countdown Killer is very much alive and he is going to kill again. Murders are far from over. The chase is personal. For her own sake and for the sake of her family.

It was an interesting read and a real rollercoaster. The whole story was written in podcasts, and I, as a reader, had the feeling that I was actually listening Elle. She offered witnesses in her interviews that no one ever thought of. I had a feeling that I was solving the cold cases with her. There were moments that were hard to follow, but most of the story was totally unpredictable, fast-pacing and full of adrenaline. Sometimes Elle was like the child that yelled „WOLF“, but sometimes she was a real serial killers hunter. „Girl, 11“ is author’s debut novel and I like it. So glad that it is translated in Macedonian.