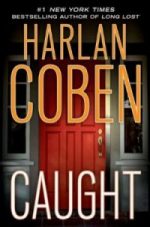 Haley McWaid is seventeen years old. She is a good girl, the pride of her family, captain of the lacrosse team, headed off to college next year. One morning, her mother wakes up and finds out that Haley never came home the night before.

Three months later, Haley McWaid is still missing. Everyone in the community hopes for the best but assumes the worst.

Wendy Tynes is a reporter. She works to identify and bring down sexual predators. Her news program is called Caught in the act. Wendy and her team have publicly shamed dozens of men. Her last target is Dan Mercer, social worker known as a friend to troubled teens.

Wendy’s personal life was turned upside-down when her husband was killed in a car accident caused by an alcoholic. Now her only family is her teenage son Charlie.

After receiving an anonymous e-mail claiming that Den Mercer is a sexual predator, Wendy starts the search, setting a trap, catching Den in it.

But, is Den Mercer a real predator? Is he the one who may have taken Haley? Or the real predator is still out there? What’s the real story? What’s the truth? Can Wendy trust her own instincts? Can she trust the people around her?

CAUGHT is an amazing story which turned me upside-down.  At the beginning, the trial of  Den Mercer was a little bit boring. But, after that, the story is so twisted, so you don’t know what to expect on next page.