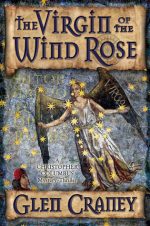 Copy provided by the author in exchange for an honest review.
Well, it’s been a while since I’ve read that big book. Seriously, it took me three weeks to finish it. But, believe me, it was worth. I enjoyed it, and would recommend it to anyone who loves old-school mysteries.
Let me tell you something about the plot. One story runs in the present , one goes back in time when the year is 1452. The story in the present, follows Jaqueline Quartermane, Jaq to her friends, who works for the State Department. She is engaged to Paul who works in Ethiopia and dies on a mission. But when Jaq goes to pick up his body as his fiance, she finds very strange things going on. The investigation of his death takes her on a journey that no one can ever imagine, something that can shake the whole world as we know it. And some people might not like it. The origin of Christianity, the discovery of America, do we know the real story behind the facts that are written in history books? Can we trust the bible itself?
Parallelly with Jaq’s research, there is another story that starts in 1452, in Portugal. The story follows three young boys, three friends, who will change the human history forever. Pero de Coviglia, Salvador Fernandez Zarco and Bartolomeo Dias are three young men all of a different background, whose destiny will join them together to defend the Christianity from the Christians themselves. The life and the circumstances will take them on a journey that will make the history far different from the way we know it today. These three people are not in the history books , but their names shall never be forgotten.
What I really liked here in the book was the ending itself. No, I am not putting spoiler in the review! I won’t reveal the end. But I hate Hollywood endings. A kickass main character kills all the bad guys, long speech just before the final act of the last battle….etc. No, you won’t see that here. That’s why I loved this book. Hope there will be more from this author in the future.
If you are a fan of conspiracy theories, riddles, and crosswords, this is the perfect read for you. This is a story where Indiana Jones meets Da Vinci Code. Not sure if anyone has said this before, but I had to say it. If you love adventures and never get tired of history lessons, this is the read that you’ll enjoy to the very last page. It is a quite long read, but it is far from boring. I’ve never seen a fictional character like Jaq. But when you meet her, you have to love her. Join her on the journey that will change the human history from the very beginning of the Christianity till today.
My opinion: 4 / 5.
0 shares