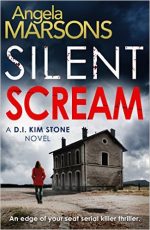 Hello, fellow readers. Today’s post won’t be about book reviews, but book characters. I always admire strong main characters and this time I am going to talk about my favourite female detectives. 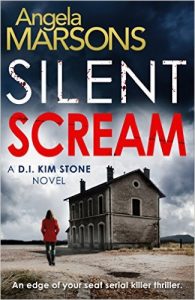 Angela Marsons is less than two years on the writer’s stage and she has already established herself as one of the top crime authors not just in the country, but even worldwide. Her main character in the series is Kim Stone, a detective who you don’t wanna mess with.
D.I.Kim Stone is well described as a leading character. She is tough but also has a wild and also a soft side. She lives alone with no family but has a passion for motorbikes, which is unusual for a woman. Life was hard for her, and she built a wall around her feelings, but those same feelings sometimes find their way to rise on the surface.
With every other book in the series, Kim Stone is more than an anti-hero. We can peek into her past and see why is she the way she is. We can see the reasons that made her built the walls around her, but in the same time, we can see those walls breaking. But the disappearance of the walls doesn’t make her vulnerable as she thinks. No, it makes her more human, it finally brings her emotions on the surface. In the first book, the author added a child with an illness. The second time, she added a dog. Man’s best friend. Next, it is a criminal who is as much as smart as she is, a villain who pushes the right buttons. But Kim Stone is a fighter, a badass warrior whose buttons can not be pushed that easily. Kim Stone is one of my favourite characters, and can’t wait to read about her next adventure. 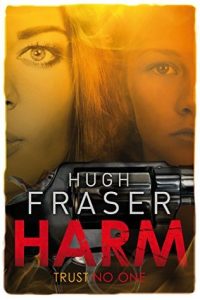 Whenever I hear the name Hugh Fraser, the very first thing that pops up in my mind is his very famous role of Captain Hastings from my favourite TV series „Hercules Poirot“. I was so delighted when I heard that he has written a book. But HARM is nothing like HERCULES POIROT series. So who ever expected a new Agatha Christie’s novel must be very surprised. I am not using the word ‘disappointed“  because this book is far away from disappointing.
Rina, modern, and beautiful woman with faces, a contract killer, a death angel. She is a stunning woman, and men often mistake her beauty for stupidity. But she is far away from stupid. Most of everything, she is tough and knows how to survive. Life hasn’t been easy for her. Men took advantages on her since young age. They still do, but now she lets them do that, and that’s how she uses them.
Rina kills people for money, but she kills bad people, not just anyone. She has a sense of justice. She would never hurt an innocent person, enough harm has been done to her. It all started when she was a teenager. Her father’s business partner rapes her many times. But when he tries to rape her nine-years-old sister, she kills him. His brother blackmails her, she has to murder another person for him. One act of violence triggers another one, one murder leads to another. In the world of gangs where local mafia rules the neighbourhood, there is no going back.
The author has created a real kick-ass heroine. On one side, she kills people for money and she fights like hell when trapped. On the other side, she is in the search of little peace for herself far away from man’s violence. ‘Cause she has had it enough. She fights not just for her, but for every abused woman that comes along her way. 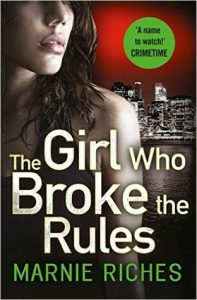 Marnie Riches has created one of a kind character when created the book series #TheGirlWho. I’ve read two of them and already put them on my top recommendation list. George is not a police officer but often helps with the hard cases. She is a black woman in Amsterdam who studies human psychology and that helps her to find out more about the twisted criminal human mind. Detective Paul van der Bergen often calls her for help. The relationship between van den Bergen and George is constantly on-off. She has a boyfriend, Ad, but she has a crush on van den Bergen and he has a crush on her. There is chemistry, definitely, but also many unanswered questions between them. Each one of them lives in his/hers own bubble, not letting the other one in. But, the differences between them are getting smaller and this relationship is definitely going somewhere. McKenzie and van der Bergen are one hell of a duo. Georgina is a stubborn young woman who doesn’t take no for an answer, and that is an attitude that pushes her harder into solving hardcore crimes, which makes her a great future detective and crime solver. 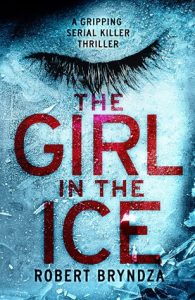 I was familiar with the Robert Bryndza’s chick lit books while being a part of This Chick Reads team. When I heard that he wrote a crime book, I assumed it was chick lit cosy mystery story. I never expected The Girl In The Ice! And after finishing the book, all I can say is WOW!
The Girl in the Ice is first in the series. It starts with the death of a young and very beautiful woman. DCI Erika Foster is assigned to lead the case. She is one of the best officers in the police department. Originally assigned on the case because of her Slovakian background (victim’s mother is Slovakian also) she takes the things in her own hands and stubbornly grabs every lead that can take her to the real justice. At the beginning, it seems that Andrea’s murder is a unique case, but soon it turns out that some Eastern European young women died in the same way. Is there a connection? Is there a serial killer on the sight?
While trying to bring the real killer to the justice, Erika tries to cope with her own pain. She recently loses her husband, a police officer who dies in action, right in front of her. She misses him every day, and she tries to dismiss out of her head the image of him bleeding to death. Her job is the only thing she has now, and she sticks to it. Her sense of justice and moral is very high, she won’t stop until she brings the real culprit in front of the justice. And she wants justice for all, all the women who died strangled and tortured, no matter if they are prostitutes or rich and spoiled kids.
Robert Bryndza creates a great main character that can lead many cases in future. A woman with a great sense of justice and too much pain in her personal life. I am so glad that he includes Eastern European characters in his story. And after a start like this, I expect to see DCI Erika Foster in several future book series (there are three so far). 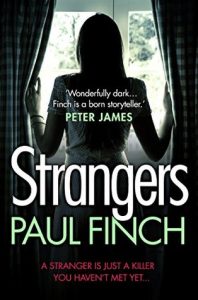 Paul Finch is a very new author to me and when I started reading Strangers, I didn’t know what to expect. But, his main character, Lucy Clayburn earned my respect from the very first page.
PC Lucy Clayburn has to live with the skeletons in her closet. Some time ago, a convicted murderer escaped while handcuffed to her. She almost got killed then and the entire operation failed. But Lucy loves being a copper and since then she desperately tries to prove to herself and others that she is a good cop.
Soon, Lucy becomes part of an undercover operation. The team is called The Ripper Chicks. Several policewomen go undercover among prostitutes and the English underworld in order to find the person responsible for several killings. The victims are all men, so the police assume that the killer might be a woman, possibly a prostitute who offers her services to men.
But nothing prepares Lucy for the things that she is going to find among the people from the underground.
Lucy is one hell of a character. She loves her job, loves solving the crimes and putting the bad guys behind bars. She makes mistakes, but she is brave enough to start all over again. She is a kind person, she would never ever leave someone behind or let someone be killed in order to save herself. She has some rules in her life, and she sticks to them, what makes her an amazing person.
Those are my top five female book characters. Do you agree with me? Or have other favourite female book characters, women who are fighters? Feel free to comment. I would like to hear your opinion.
0 shares