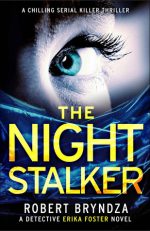 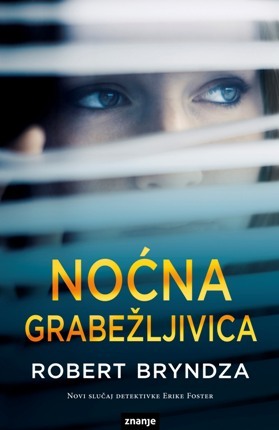 If the Night Stalker is watching, you’re already dead…

In the dead of a swelteringly hot summer’s night, Detective Erika Foster is called to a murder scene. The victim, a doctor, is found suffocated in bed. His wrists are bound and his eyes bulging through a clear plastic bag tied tight over his head.

A few days later, another victim is found dead, in exactly the same circumstances. As Erika and her team start digging deeper, they discover a calculated serial killer – stalking their victims before choosing the right moment to strike.

The victims are all single men, with very private lives. Why are their pasts shrouded in secrecy? And what links them to the killer?

As a heat wave descends upon London, Erika will do everything to stop the Night Stalker before the body count rises, even if it means risking her job. But the victims might not be the only ones being watched… Erika’s own life could be on the line.

I have another review for you. Today I am reviewing The Night Stalker, book number two from Detective Erika Foster Series. It was published in 2016, but I bought it in Croatian just recently. I liked the first book in the series and this one was no exception.

A body has been found. It looks like a suicide, suffocation with a plastic bag. But detective Erika Foster and her team aren’t sure if it is a murder or suicide. Until, a few days later, another body is found. Same circumstances. Hands tied, plastic bag over the head. It can not be a coincidence. Someone is killing these people.

The victims are all single men, succesful in their careers, keeping their private lives very private. But the team can’t find any connection between them. Who is killing them and why?

It’s summer, it’s hot, Erika’s private life is upside down. Also her home. The Night Stalker is watching her!

It’s been a long time since I’ve read something from Robert Bryndza. There are six books in the series. And here I am with book number two. The case that Detective Erika Foster has to solve this time is complex and creepy, but from the very first moment we have the contact with the killer. As a reader, I was solving the case along with the detective, and couldn’t predict the culprit.

While trying to bring the real killer to the justice and save her own life, Erika tries to cope with her own pain. There’s been two years since she loses her husband, also a police officer, who dies in action, right in front of her eyes.  She misses him every day and night for the last two years, and every time she falls asleep she tries to dismiss out of her head the image of him bleeding to death. The job she has is the only thing she has now, and she sticks to it. I like her as a character. She is not an antihero. Just a woman, a widow, a person with not so perfect life.

I liked the story and liked the characters. The story didn’t have the WOW effect on me, but it was solid thriller. My actual rating is 3,5.