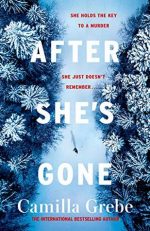 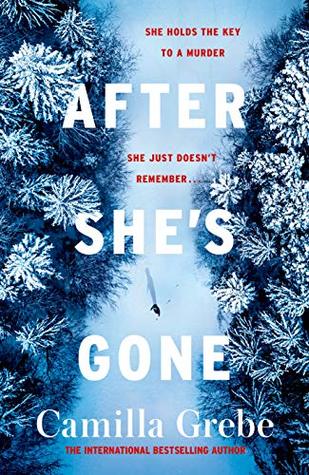 In a small backwater town in Sweden, a young boy with a dark secret comes across a diary. As a cold case investigation suddenly becomes eerily current, a police investigator mysteriously disappears. What links these seemingly random events?

As atrocious acts from the past haunt the present and lives are changed forever, some will struggle to remember - while others struggle to forget . . .

The new thriller from the acclaimed author of THE ICE BENEATH HER, described as 'Scandi-noir at its powerful bleakest' by the Daily Mail and 'unsettling, menacing and compulsively written' by Heat, this is another slice of tense and twisted drama that will chill you to the bone.

Today I have one more review for you. Camilla Grebe is a brand new author for me and her book was a pleasant surprise for me. Here is my review:

Malin is a young female police officer in a small town of Ormberg in Sweden. A couple of years ago, she and her friends have found a dead body of a little girl in the forest. The little girl was murdered. Now, the case has been reopen and she is working on the case.

Jake is a teenager with a very big secret. He accidentally finds a diary that holds the secrets that could solve the murder case. But if he talks about the diary, he has to reveal his secret. He isn’t ready for that. It might cost him his life in the small town.

Peter is an investigator and he works with Hanna, the psychological profiler. During the investigation, Peter is missing and Hanna is found on the road through the woods with no shoes in the snow and no memory of how she got there. The person who found her, saw a woman with her, but she is nowhere to be found.

Another woman is found dead on the very same place in the woods. Same place where the little dead girl was found.  Are the two cases connected?

This is the second book in the series, but the first one I read from this author. It didn’t mind me to read it as a stand-alone. The story was slow at the beginning, but page after page, it kept my attention.  Malin, Hanna and Jake are the three main characters. They are telling the story. Each one of them has a personal emotional story, and a personal role in the actual happenings. As the story goes, there are more and more leads and turn-overs. Things turn out to be very different from what they look like. I liked the story, liked the ending (didn’t predict it) and liked the characters. It is a solid police procedural.