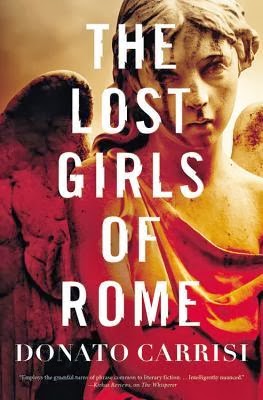 One phone call for the ambulance. A man is having heart attack. The team that answers the phone call finds the man in very last moment. There is a tattoo on his chest: “Kill me”. The doctor lost her twin sister couple of years earlier, when someone kidnapped her. She was left with her throat cut, with one of her roller skates, red with gold buckles. In the room of that old man, in one corner, there is a a red roller skate with gold buckles, the other half of the pair. The doctor has to choose, to save a life or take a revenge.
Sandra Vega is forensic analyst, a young woman who recently lost her husband. She still grieves, his cologne is still in the bathroom, his cigarettes with the smell of anise are still in the apartment. She refuses to let him go. Until one day she receives a strange phone call from someone who knew her husband. She always thought that her husband’s death was accident, but that phone call changed everything, her husband might been murdered.
In the meantime, young women are dissapearing in Rome. Young, beautiful, with families that are looking for them. They are found a month later, throat cut, not violated. Who and why is kidnapping them? And why killing them a month later?
Two people are investigating the cases of the missing girls. They are not the police. No one knows about them, because they don’t exist.
Since reading “The Whisperer” I became Donato Carrisi’s fan. So I couldn’t wait to start reading “The Lost Girls Of Rome”. If there is one word to describe this book, that would be “creepy”. Reading this book will take you on a journey in the darkest places of the human mind. It’s hard to believe that people like that really exist. Angels and demons are not in heaven and hell, they are in people among us, in the people we think we know, but actually we don’t. There were moments in the story when I didn’t know who is the predator and who is the victim. One moment you think you’ve connected the dots, in the next, bam, you are wrong.
There are couple of stories in this book that are not connected at first sight. There were moments when it was hard for me to follow the characters. Some parts were little confusing, but it didn’t stop me from turning the pages one after another. I enjoyed the story and still am Donato Carrisi’s fan.
My opinion: 4 / 5.
0 shares